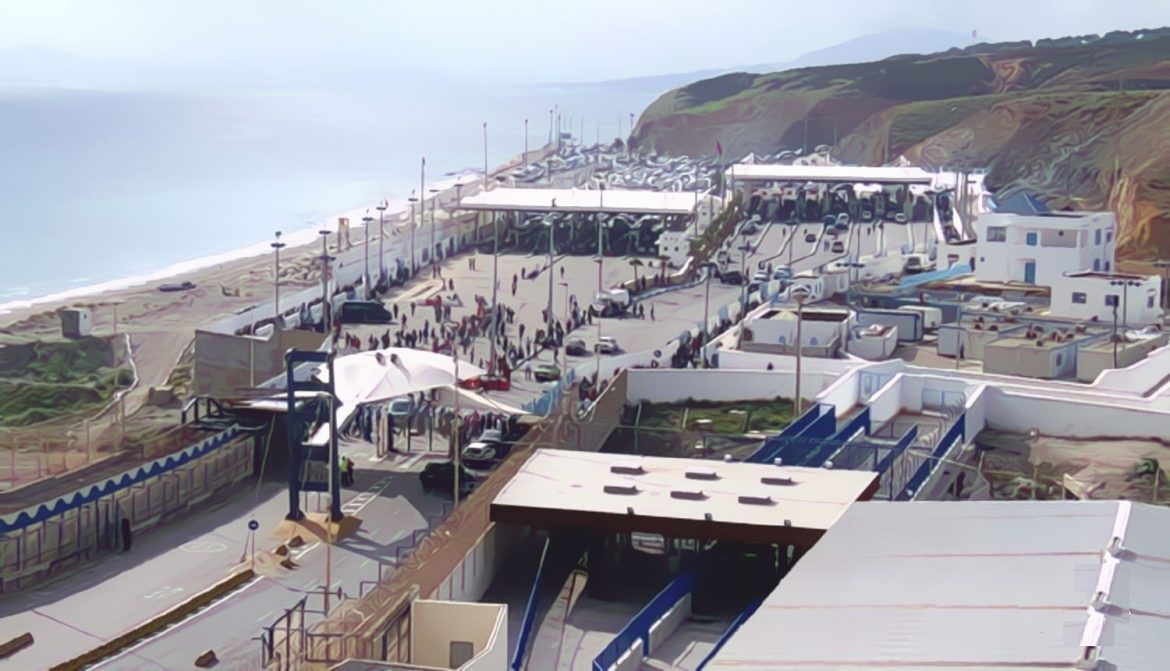 The Tarajal crossing is witnessing a protest by Portiadores (smugglers) because of the closure by the Spanish authorities, represented by the government of Ceuta, headed by “Juan Vivas”, who had previously submitted a proposal to his prime minister in Madrid to deport Moroccan minors from occupied Ceuta to their origin country. He explained that his Government could not meet the demands of the increasing number of minors. For the smugglers, this is the only source for their livelihood, while the Spanish authorities are moving towards reducing the number of smugglers, because it is detrimental to their economy accounting for only 20% of the total exports, from the port of Ceuta, geared towards Morocco without taxes only represents.

According to the security services quoted by the security authorities, the European News Agency aimed at directing people to work in the smuggling of migrants to the normal border crossing point Tarajal for freight carriers instead of from the usual border post, to avoid defenses and congestions, especially in the evening.

In other words, the Spanish authority decides to prevent the smugglers business and encouraging the tourism business.  According to Press Chamalpost, the President of the autonomy of the Ceuta “Juan Vivas” said, our policy advice to bring the tourism business , especially in the weekends, because all the passengers need to shop, and spend a lot of time in European common society, so that the Spanish government heads to minime the man and women portadores(smugglers).

Obviously this policy towards to stop economic damage especially in Ceuta autonomy, Conversely this policy will be contributed to the displacement of at least 6,000 smuggling practitioner, in the absence of a clear coordination between the two kingdoms to find a suitable solution to stop this bleeding.